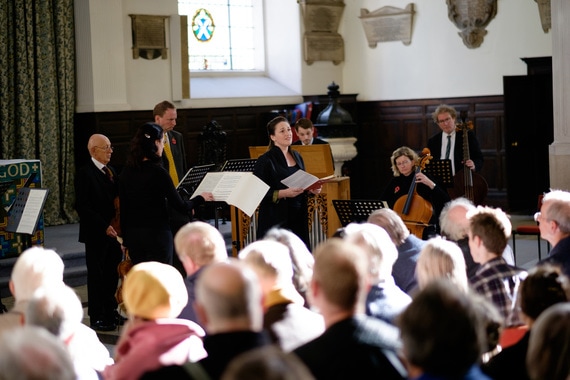 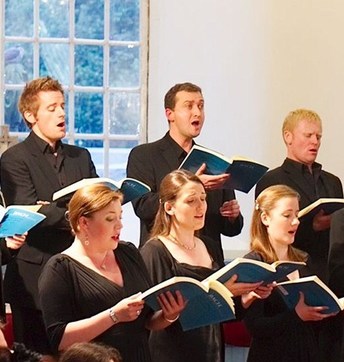 ​"Two singers, Emma Versteeg and Nicola Corbishley, shared the role of Josabeth, walking out from the choir, both with meltingly beautiful voices." ​
David Smythe, Bachtrack 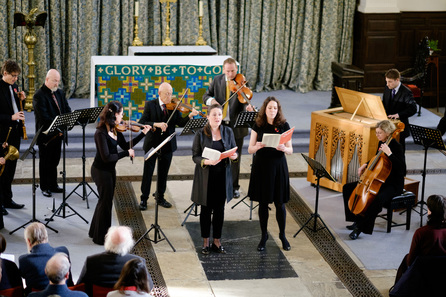 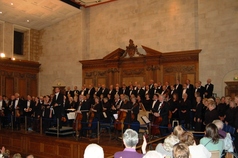 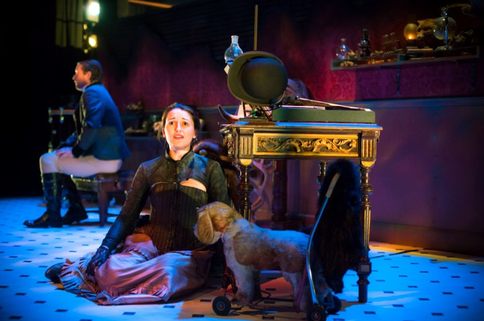 "The combined sound of their voices was mesmerising ... Artful, sobering and somehow timely stuff."  The Guardian

"The staging was exquisite with the four superb singers creating a series of tableaus at ground level ... hauntingly beautiful, atmospheric and moving."  EdinburghGuide.com


​"The passion of the four voices (Nicola Corbishley, Clare Wilkinson, Christopher Watson and Jimmy Holliday) has a chant-like quality to it ... a rich vocal and visual tapestry."  Across the Arts 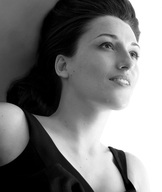 www.andreslandino.com
“We were treated to a delightful series of small-scale Baroque and classical gems in an intimate setting.  Some of the pieces were from the lesser-known but seriously under-rated English composers Pelham Humfrey and John Blow.  All of them were new to me until the encore, a ravishing short aria from Handel’s Semele. Elizabeth Burgess and Nicola Corbishley were individually excellent and perfectly matched for the performance of the reflective domestic scale (as opposed to concert hall) pieces, and the bright, clear acoustic of Lincoln’s Inn Chapel meant that every word and nuance could be clearly heard and enjoyed.”
Sir Michael Briggs, ChBA 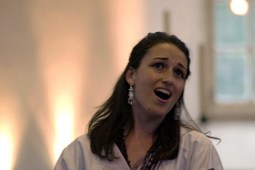 Photo: Richard Bloomfield
“Nicola Corbishley is a very talented singer and the wide stage of the venue gave her ample opportunity not just to sing for us but act out her part. The large and enthusiastic audience was a rightful indication of how much a concert of such high calibre was appreciated in the Fringe programme.”  Edinburghguide.com

"My informants tell me that soprano Nicola Corbishley is very good indeed, and here is an opportunity to hear her sing Handel's cantata and a selection of Baroque arias, accompanied by strings and harpsichord."  ThreeWeeks.com preview 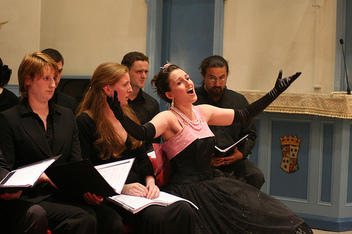 Photo: Richard Bloomfield
​"The cast gave the oratorio a new lease of life with fabulous costumes and excellent acting, while maintaining the poise and refinement music of the period demands. A sense of rapport with the audience was helped very much by the intimacy of the venue. Some fantastic performances were given, most notably by Nicola Corbishley, who sang the role of Semele with a light yet warm tone and who performed her coloratura moments with impeccable control."
The Herald 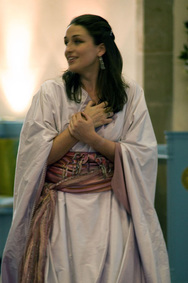 Photo: Richard Bloomfield
​"Baroque music lovers book your ticket now.  The performance was full of fun and excitement - and it was in English. (...) this was also great theatre: highly comic, stylishly produced and well acted.  Opera newbies will enjoy the purity of the baroque voices, the daft plot, and the hilarious audience interaction."  ThreeWeeks.com 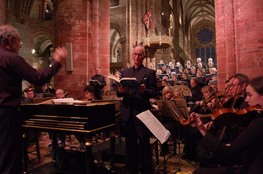 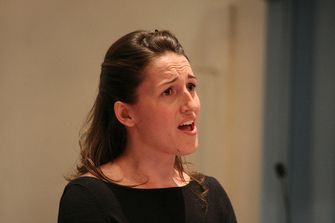 Photo: Richard Bloomfield
"In the smaller roles, Nicola Corbishley (as the 2nd woman) came off best, several people in the audience looking up suddenly from their programmes the moment she began to sing."
​Edinburgh Arts